TEL AVIV, Israel, Jan. 5, 2023 /PRNewswire/ -- Arbe Robotics Ltd. (Nasdaq: ARBE) ("Arbe"), a global leader in Perception Radar Solutions, today announced its latest release, a 360° Radar-Based Perception that pushes the boundaries beyond imaging to provide an integrated analysis of the complete vehicle surroundings in long range. The surround data captured by a suite of Arbe's perception radars, which leverage AI to identify, classify, and track objects in 360°, is processed in real-time to create a full free space map around the vehicle, as well as an analysis of the evolving hazards sensed by the radars. 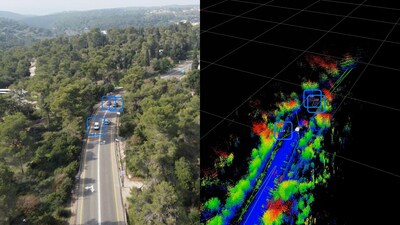 Relying on data sharing between multiple radars, Arbe's 360° perception delivers a complete and integrated understanding of the driving environment, thus decreasing latencies while increasing confidence levels and accuracy of the tracking and the free space map like never seen before.

"Relying only on radar data, Arbe's advanced technology is enabling 360° perception algorithms that provide a detailed analysis of the entire vehicle's surroundings," says Kobi Marenko, CEO of Arbe. "We are proud to be providing the highest levels of safety to the industry, benefiting from the distinct strengths of radar, including its unique ability to operate in all weather and lighting conditions and at long range, both necessary for reliably complementing optic sensors."

The 360° perception enables a vehicle to continuously track its surroundings and monitor emerging or immediate threats from previously perilous positions, including rear, side, and blind-spot scenarios. This is done by multiple radars that overlap in the fringes, tracking objects of interest smoothly between one radar to the next and validating the whereabouts of the same object through two different perception algorithms to reduce false alarms and provide higher resilience to occlusion scenarios.

The 360° perception is the basis for unmatched safety in a multitude of driving scenarios including dense city driving, safeguarding unprotected left turns, enabling safe highway merging scenarios, and monitoring vacant lane access for emergency steering; all of these scenarios rely on perception from multiple radars.

Arbe's Radar-Based Solutions democratize safety by making the most cutting-edge radar technology available at a price that is affordable for every vehicle – not exclusive to top-of-the-line luxury.

For the second year in a row, Arbe is a CES® Innovation Awards Honoree, winning the 2023 nomination for its 360° Radar-Based Perception Solution. Arbe is currently showcasing it at CES at the Las Vegas Convention Center, West Hall, booth 4016.

Arbe (Nasdaq: ARBE), a global leader in Perception Radar Chipset Solutions, is spearheading a radar revolution, enabling truly safe driver-assist systems today while paving the way to full autonomous-driving. Arbe's imaging radar is 100 times more detailed than any other radar on the market and is a mandatory sensor for L2+ and higher autonomy. The company is empowering automakers, tier-1 suppliers, manufacturers of delivery robots, commercial and industrial vehicles, and a wide array of safety applications with advanced sensing and paradigm-changing perception. Arbe is a leader in the fast-growing automotive radar market that has a projected total addressable market of $11 billion in 2025. Arbe is based in Tel Aviv, Israel, and has an office in the United States.

This press release may contain "forward-looking statements" within the meaning of the Securities Act of 1933 and the Securities Exchange Act of 1934, both as amended by the Private Securities Litigation Reform Act of 1995. The words "expect," "believe," "estimate," "intend," "plan," "anticipate," "project," "may," "should," "strategy," "future," "will," "project," "potential" and similar expressions indicate forward-looking statements. Forward-looking statements are predictions, projections and other statements about future events that are based on current expectations and assumptions and, as a result, are subject to risks and uncertainties. Statements that are not historical facts, including any statements that are made at the investor and analyst event described in this press release, are forward-looking statements. You should carefully consider risks such as the risks relating to the market for and incorporation of Arbe's radar systems in autonomous vehicles, the development of safe autonomous vehicles that include Arbe's radar systems, the ability of Arbe to deliver products that meet the quality and delivery requirements of automakers (OEM's), tier-1 automotive suppliers and the ability of the tier-1 suppliers and automakers to incorporate Arbe's radar system in vehicles in a manner to enable the Arbe radar systems to function as intended, the safe installation of Arbe's radar on autonomous vehicles, the effect of any present and future government regulations relating to autonomous vehicles, the ability of the tier-1 and automakers to maintain the systems on an ongoing basis, and the risk factors and uncertainties described in "Risk Factors," "Management's Discussion and Analysis of Financial Condition and Results of Operations," "Cautionary Note Regarding Forward-Looking Statements" in Arbe's Annual Report on Form 20-F, filed with the Securities and Exchange Commission, or SEC, on March 31, 2022 and in Arbe's prospectus dated June 22, 2022, which was filed by Arbe with the SEC on June 23, 2022, and its Post-Effective Amendment to its registration statement on Form F-1, filed with the SEC on June 28, 2022, as well as the other documents filed by Arbe with the SEC and any documents which are filed by Arbe prior to this press release. Accordingly, you are cautioned not to place undue reliance on these forward-looking statements. Forward-looking statements relate only to the date they were made, and Arbe does not undertake any obligation to update forward-looking statements to reflect events or circumstances after the date they were made except as required by law or applicable regulation. 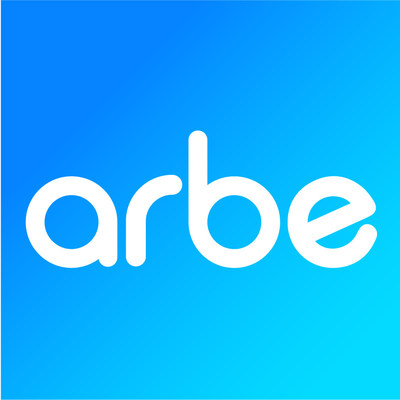